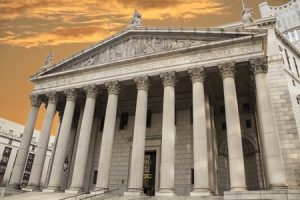 New York state’s judiciary has struggled to combat a growing backlog of old court cases for years, but a recent effort lead by Chief Judge Janet DiFiore may finally be reversing that trend. In 2016, DiFiore launched her trademark Excellence Initiative, which calls for a “detailed and comprehensive evaluation of current court processes and procedures to determine what is working well and what needs to be improved.” Since then, the state judiciary has made significant progress in reducing its court backlog and eliminating the long delays have been all-too common in the past.

DiFiore outlined the progress of the Excellence Initiative during her “State of Our Judiciary” address earlier this year.

In the Bronx, for example, the number of misdemeanor cases that are one year or older has fallen by an impressive 84 percent since 2016. Meanwhile, outside New York City, the number of felony cases pending for six months or more has been reduced by 61 percent since the launch of the Excellence Initiative as well.

“Our goal is that there should be no cases one year or older, but we have dramatically reduced the number of those cases by 78 percent over the last three years,” said Marks in his interview. “We’ve been keeping and collecting extensive data on our caseloads by individual court, by case type, by age of case, by individual judge, and even by attorney … That’s been critical to analyzing where the backlogs are, identifying where they are, and helping to address the backlogs where they exist.”

There’s still plenty of work to be done, but thanks to the concerted efforts of the state’s judiciary, more New Yorkers are getting the speedy trials they deserve.