The world has gotten smaller. It is now easier than ever to talk and conduct business with people who live on the other side of the globe. While global interaction has greatly benefitted our lives and our economy, it also means that litigation is now increasingly crossing international borders.

When serving process to individuals living in foreign countries, the Hague Service Convention is the primary means of doing so. Read on to learn more: 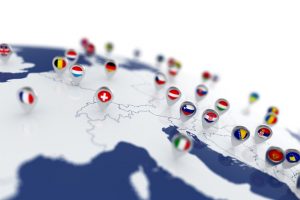 What is the Hague Service Convention?

The Hague Convention on the Service Abroad of Judicial and Extrajudicial Documents in Civil or Commercial Matters, or more commonly referred to as the Hague Service Convention, is a multilateral treaty meant to simplify the means of serving process in other countries. It was adopted in 1965, and over the years it has included over 75 participating countries (including the United States, Britain, Russia, and China, among others).

Serving Process to a Country in the Convention

Generally, service can be effectuated via the Central Authority of the receiving nation. Each participating nation functions differently so time-frames and rates of success may vary.

Serving Process to a Country Outside of the Convention

If you are trying to serve process to someone who lives in a country that is not a part of the Hague Service Convention, then you must rely on diplomatic channels. Generally, legal documents will be treated as letters rogatory that are sent first to a foreign ministry, and then to a local court in the country of destination.

At Reliant Court Services, we can help you navigate the complicated legalese of the Hague Service Convention. To learn more about our services, contact us today. Please note that this is general information, and should not be perceived as legal advice, as we are not attorneys.