In a previous blog post, we discussed the intricacies of serving subpoenas across countries, but what about across state lines? In years past, serving an out-of-state subpoena was complex and time-consuming. However, after the passage of the Uniform Interstate Depositions and Discovery Act (UIDDA) in 2007, the process became much simpler. Read on to learn more: 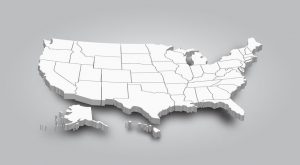 Before the UIDDA was adopted by the states, the act of serving process across state lines was cumbersome. Many states had different rules and regulations in place in order to serve a subpoena. Additionally, serving process out-of-state usually required an attorney from the state in question.

The UIDDA essentially simplified and standardized the process of serving out-of-state subpoenas by doing the following:

Is my state a part of the UIDDA?

The UIDDA is a uniform law—a state law that is proposed, drafted, and approved by the Uniform Law Commission (ULC). States are highly encouraged to adopt laws that are approved by the ULC, but they are not forced to. This means that not all states are a part of the UIDDA. As of 2020, the states that have not adopted the UIDDA include: New Hampshire, Massachusetts, South Carolina, Texas, Oklahoma, Wyoming, Nebraska, and Missouri (it should be noted, however, that the law was introduced in the Missouri State Legislature just this year).

At Reliant Court Services, we can help you serve subpoenas in compliance with the UIDDA. To learn more, contact us today.